The Lebanese artist, philosopher and poet Kahlil Gibran created The Prophet, a series of 26 prose poems, in the early twentieth century. Since its publication in 1923 it has been translated into 40 different languages and has never been out of print. This musical work by Holly Marland comprises a number of short settings of reflections from the work that touch on who we are in relation to others, who we are in relation to ‘The Mighty’ and who we are in relation to the whole of Eternity. It draws on much of the musical metaphor within Gibran’s work, with reference to the skylark symbolising the trebles’ voices of innocence and reference to the harp more explicitly relating to the Kora. Listen to the live audio recording of the concert at Manchester Cathedral on 29th June by clicking on the photo below and read the programme notes at your leisure. 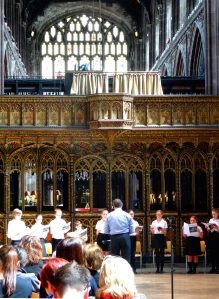 You are the Mirror

‘Beauty is Eternity gazing at itself in a mirror. But you are Eternity, you are the mirror.’

The Kora initiates what will become a recurring theme in the piece. The trebles begin simply in unison, starting to refract and multiply as the text states ‘you are the mirror’ as if a sequence of mirroring is taking place to amplify the statement. The idea that we ourselves are eternity is a very powerful one. We create our own reality through reflecting the world around us.

‘You can muffle the drum, you can loosen the strings of the lyre, but who can command the skylark not to sing?’

The Kora sets up a bouyant, syncopated rhythm over which the trebles use musical onomatopoeia to echo the drum, loosening strings of the lyre and skylark soaring in song respectively. Who possibly can instruct the skylark not to do what is natural to it? As human beings this can help us to reflect on societally imposed systems of constraint. Who is commanding us? 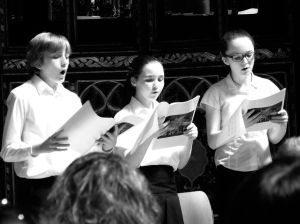 ‘Would that I could be the peacemaker in your soul, that I might turn the discord and the rivalry of your elements into oneness and melody? But how shall I unless you yourselves be also the peacemakers, yea, the lovers of all your elements?’

A very simple pattern in the Kora to underpin a reflection on the need for us to take personal responsibility for bringing about peace in ourselves and peace with others. Only we can re-harmonise the discord and rivalry of our emotions within ourselves and amongst humanity. The first and last verse are sung by a Treble soloist, the inner verse by the whole group. 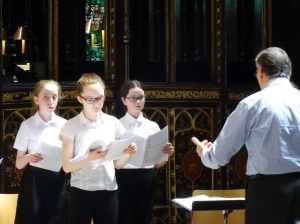 The Harp of your Soul

‘For your body is the harp of your soul, and it is yours to bring forth sweet music from it or confused sounds.’

An almost plainsong-like, unison melody firstly played by the Kora, then sung by all the voices in Unison, followed by the Kora again. Our bodies are the instruments our souls. Do we want to utter confused sounds from our bodies or beautiful music?

‘Am I harp that the hand of The Mighty may touch me? Or a flute, that his breath might pass through me?’

Extending the previous theme, this short passage suggests that The Mighty himself might be the harpist and that, if we’re open to him, the music of his very breath will move through us. Musical onomatopoeia are again used in the voices with the punchy syncopations illustrating the striking of the harp and the legato phrases the flute-like breath of The Mighty. 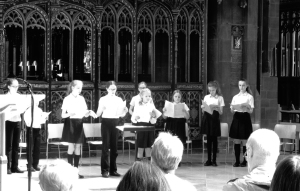 The Soul unfurls itself like a Lotus of countless petals

This begins with a spoken extract from The Prophet where he speaks of the plurality of ‘truths’ that make up existence and indeed, the plurality within our own souls and their almost anarchic qualities, moving however and whenever they will. The idea of the soul unfurling like a lotus of countless petals is animated through a group improvisation, building from one person’s single held note with different notes being added sequentially to create clusters.

This kora solo builds from a two note phrase played alternately on the left hand and right hand strings of the instrument and moves through different textures to illustrate the idea that although the strings of the instrument stand separately, and in the case of the Kora in parallel sets of strings ascending on both sides in thirds, the strings quiver with the same music. Likewise in relationships, especially marriage, it is important to retain individuality in order to enhance togetherness. 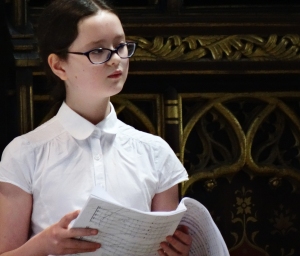 Even as each of you stands alone in God’s presence

This is another setting in the style of plainsong, beginning in unison but reiterated in a harmonic cluster of individual notes to reflect a plurality of understandings. Solo voices emerge over the unison plainsong before it breaks back into the harmonic multitude and then ends as a solo.

A soliloquy for solo double bass written and performed by Michael Cretu, drawing on themes from the work. The double bass symbolises The Prophet himself, reiterating ideas and developing them and reinterpreting them through improvisation.

The Kora then restates the opening theme in response, affirming the presence of the Prophet. 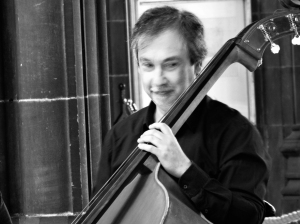 ‘To melt and be like the running brook that sings its melody to the night!’

This rippling movement uses rounds in the vocal part to exemplify the happy babbling of a small river as it wends its way to the boundless ocean. It urges us to melt and become fluid, sharing our song of freedom with nature. 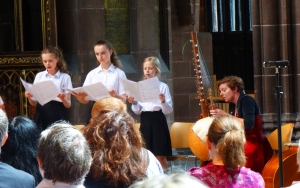 The Boundless in you

‘But sweeter still than laughter and greater than longing came to me. It was the Boundless in you.’

Even sweeter than our song here on earth is the eternal within each of us, the boundlessness of our existence that connects us through eternity to the Mighty himself. This is a very simple and short passage followed by a short silence for reflection.

You are the Mirror

The first movement is reiterated to create a symmetry that suggests a mirror. 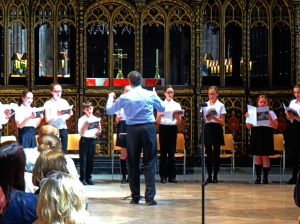